Weightlifting.ai is a totally new system for training which will help you to get stronger, improve your technique and hit more PRs in your snatch, your clean and your jerk

or scroll down to learn more

Our system builds a unique program for you based on your individual strengths and weaknesses.

Max Aita has used his decades of experience to ensure that everything our system does is based on sound, battle-tested principles.

Previous
Next
GET STARTED NOW

What Our Members Think

85% of Users Say the System Exceeds Their Expectations

95% of Users Would Recommend It to a Friend 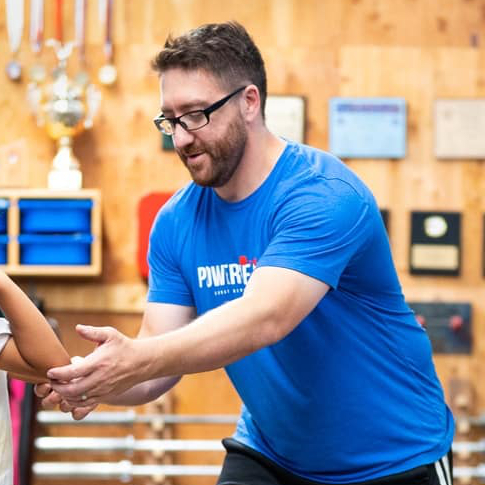 Max is Head Coach of Team Aita and the co-owner of Max’s Gym, in Oakland, California.

Max has been involved in the sports of weightlifting and powerlifting as both a coach and an athlete for more than twenty years, learning from some of the best coaches in the world, including Steve Gough, Ivan Abadjiev, and Boris Sheiko. Under them, he trained in the American, Russian and Bulgarian systems.

During his time coaching, Max became the only coach to produce five separate Senior American record holders. Max is also the author of multiple highly influential weightlifting books, including The Technique Triad. 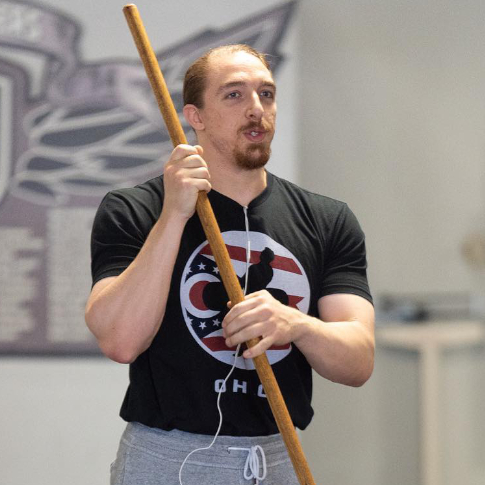 Josh has a deep interest in the science of human performance and received his Bachelors in Exercise Science from Ohio Wesleyan University. When he is not reading up on the latest muscle hypertrophy or periodization research he is probably co-hosting the Weightlifting House podcast or trying to perfect a few of his favorite recipes. 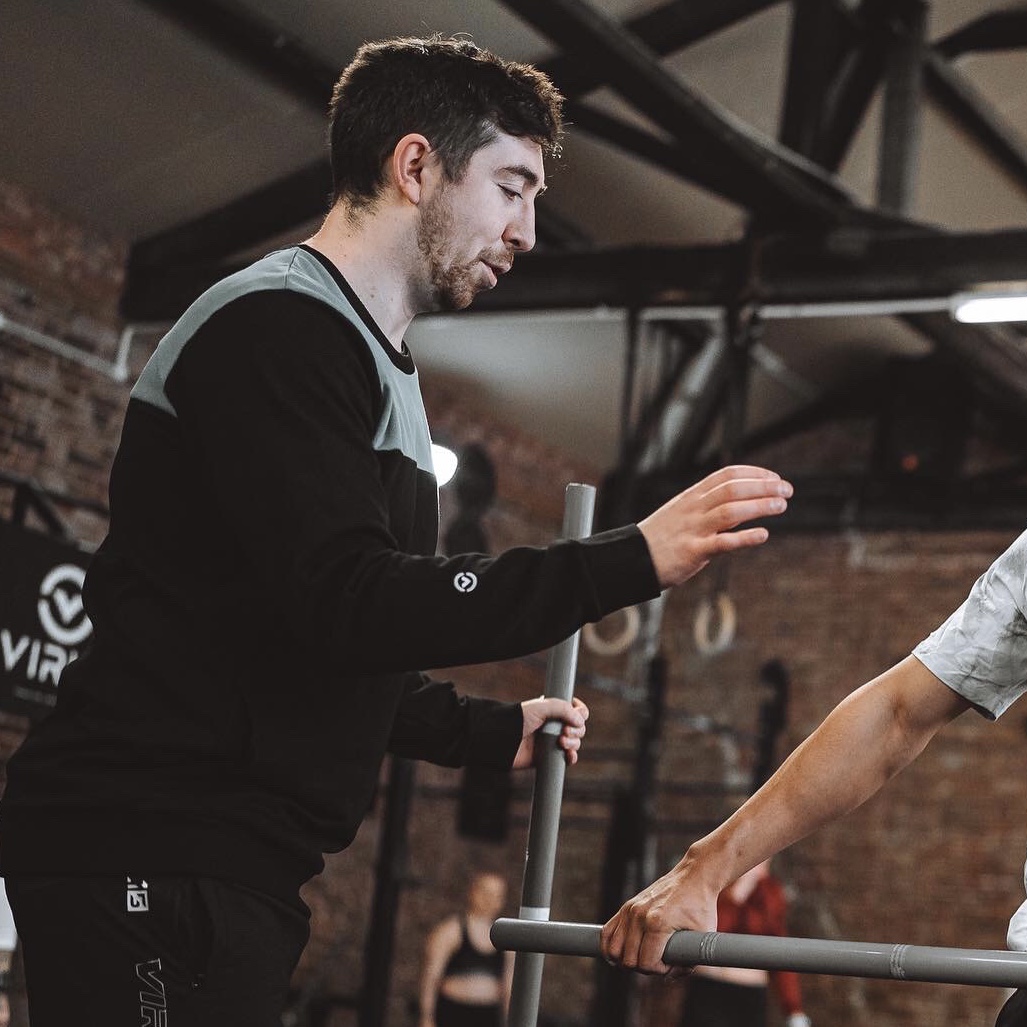 Seb is the founder of Weightlifting House.

Seb began coaching in 2016 after several years of competition, and has coached weightlifters from their first day touching a barbell all the way to national champions and international medalists. Having worked alongside many great coaches, Seb has interviewed more elite coaches and athletes than anyone else through the Weightlifting House podcast. He is also the author of The Glenn Pendlay Method. 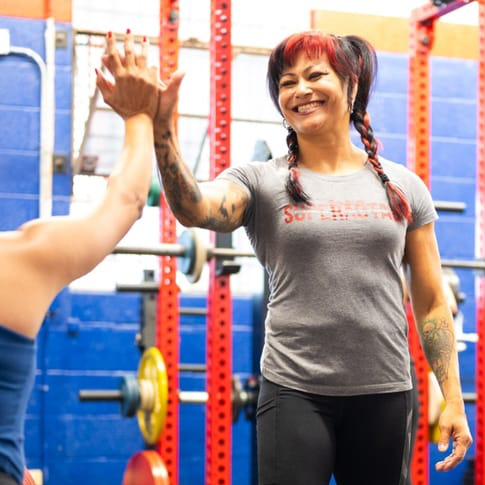 Jo Ann is the Head Coach of Team Aita and co-owner of Max’s Gym and head coach of the Weightlifting Team, Powerlifting Club, and Women’s Strong School.

Despite starting weightlifting in her mid thirties, Jo holds international masters records in the snatch, clean and jerk, and total. She is also an accomplished powerlifter, having broken Masters American records with USA Powerlifting and earning World Team spots in three consecutive IPF World Championships.

More Than A Program

Weightlifting.ai is much more than just a sophisticated program and app. When you join us, you become part of a system that exists to give you the best possible chance to achieve your potential.

With dozens of exercise variations, hundreds of exercises, and even more combinations of complexes, our extensive weightlifting video archive and performance notes perfectly guide you through every set. We have videos for every exercise captured from international training halls demonstrating the movements, as well exercise descriptions and points of performance. Together you can watch and read about how exercises ought to be performed, as well as gain a bit of motivation!

As a weightlifting.ai athlete you will gain access to the Performance Community, a place where like-minded individuals can post their lifts, talk about training, upcoming competitions, share their personal records, and feel a strong sense of community, all from the weightlifting.ai app. We also hold live Q&As with our coaches for you to ask questions, and share exclusive topic specific videos too. We have built an exciting, engaging place for you to spend time outside of the gym in order to feel closer to your fellow athletes and the weightlifting.ai coaches.

Our team of coaches are available within the Performance Community to provide form-checks and provide you with technical cues and training advice. With decades of combined experience from rank beginners all the way to international medalists we can ensure you are offered sound guidance. We work alongside the AI to perfect your technique and optimize your performance.

Compared to other online programs...

Most online programing is done through generic templates – basically, you are buying a spreadsheet.

Weightlifting.AI is different and here’s why…

Selected based on your age, bodyweight, experience and strength

The app adjusts your program set by set

Form checks from our coaches

Technical cues for every exercise

I'm a beginner weightlifter, is this for me?

Yes! As long as you understand the basics of how to perform a snatch and a clean & jerk, weightlifting.ai will identify you as a beginner based on your current numbers and program for you accordingly, ensuring plenty of technical and strength work.

I'm an experienced weightlifter, is this for me?

Yes! weightlifting.ai will identify your classification during onboarding and program accordingly, ensuring the optimal volumes and intensities for continued progress.

I'm a masters lifter. Is this for me?

Yes! During onboarding we take into account your age and ability level and ensure the doseage of training is correct for you. Our AI then keeps a close eye on your fatigue levels and how you respond to stress, optimising your tailored program over time.

Can I do this alongside other training?

Yes! The beauty of weightlifting.ai is that it accounts for the fatigue you gain from other activities and ensure that you don't overdo it in the gym. We suggest lowering the number of days you train on weightlifting.ai so that you train with us on separate days from your other sports/tough training.

Yes, although it is cheaper to purchase weightlifting.ai here through your browser rather than making an in-app purchase.

Can I cancel my subscription any time?

Yes! Simply head to the menu within the app, select 'payments' and then 'cancel subscription' and you will stop being charged.

How long is the program?

You can select a training cycle as short as 4 weeks or as long as 20 weeks. To get the best out of it you should string multiple training cycles one after the other as our AI learns more and more about you with each subsequent session.

How many days a week do I need to train?

You can select to train between 3 and 6 days a week.

Can I select what days I want to train on?

Yes, simply select the days of the week that you prefer to train on and our AI will program accordingly.

What if I have a competition and want to peak?

Simply select the date of the competition and we will do the rest, ensuring you get the perfect training program to peak you for that competition. Make sure you let us know in the Performance Community how you do!

What equipment do I need?

You need a barbell, some plates, and the ability to squat (a squat rack or jerk blocks). You are able to switch accessory exercises to accomodate your equipment. For example you can substitute back extensions for good mornings, or dumbell press for barbell press.

How can I get formchecks?

You will gain access to the Performance Community which will allow you to submit videos. Our team of coaches will be on hand to help you with your technique. The community will also offer advice.

What if I don't know how to perform an exercise?

We have a demo library built into the app with videos of every single exercise being performed by the best weightlifters from all over the world. We also have points of performance and exercise descriptions alongside every video.

What should I do if I am injured?

The first thing you should do is to consult a professional. You can easily 'freeze' your weightlifting.ai profile until you are ready to train again. You will not be charged during this time.

If you have any questions about the system, we would be happy to answer them. Just use the form below and we will get right back to you.